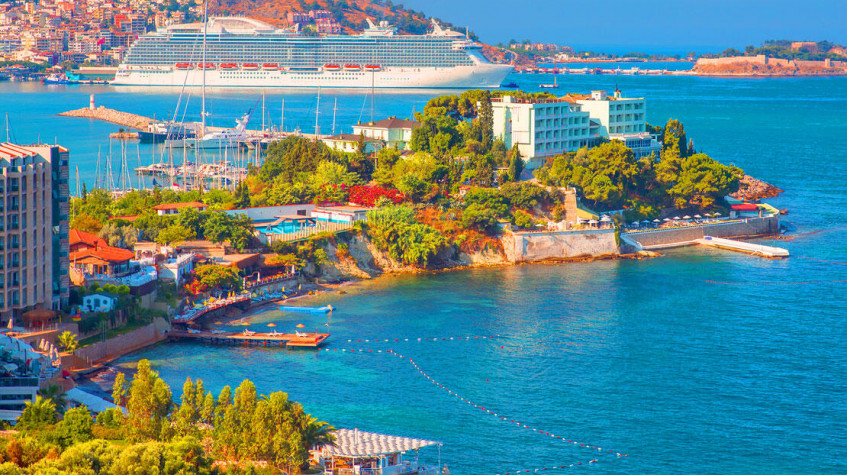 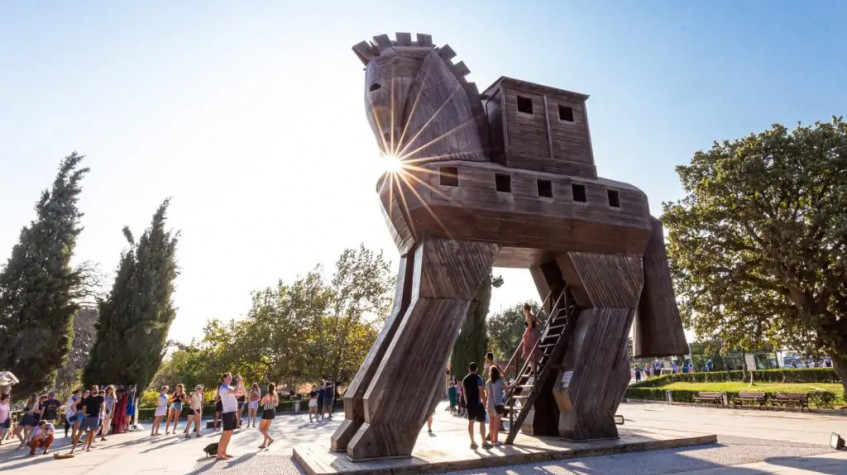 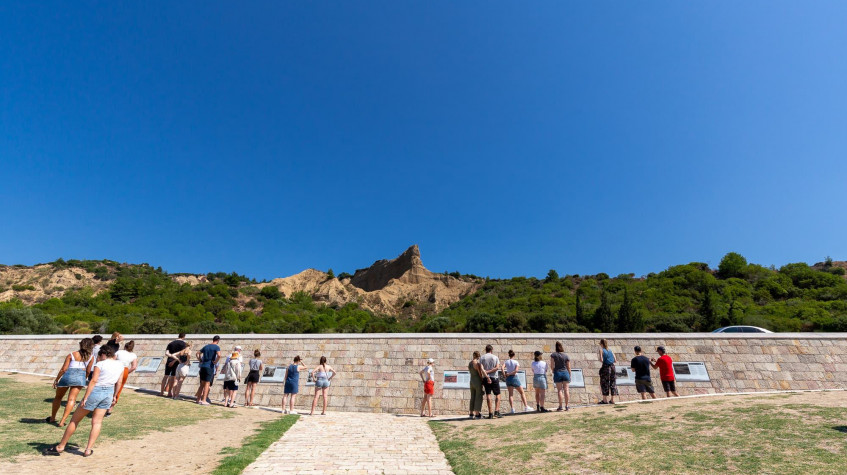 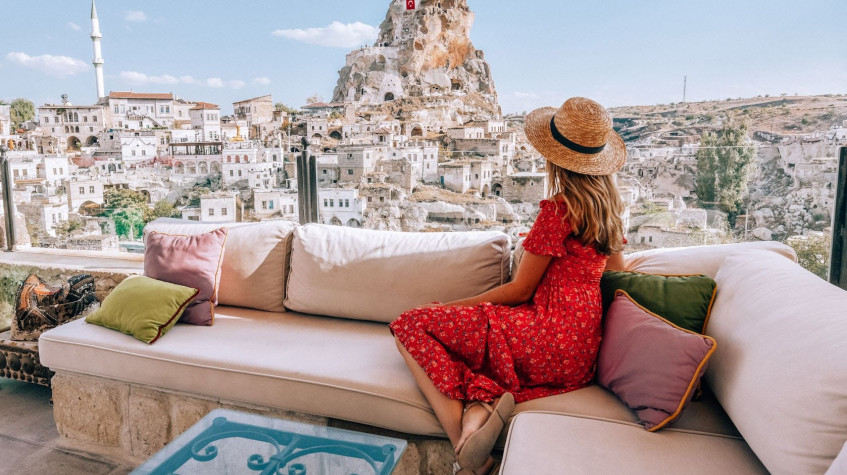 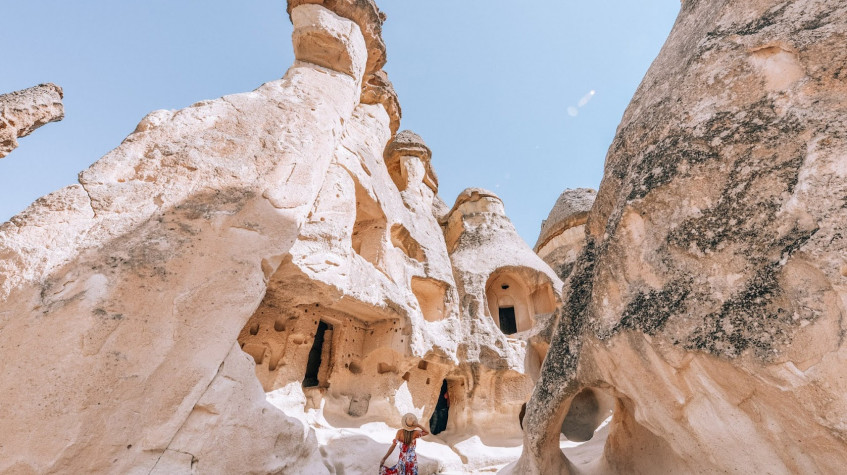 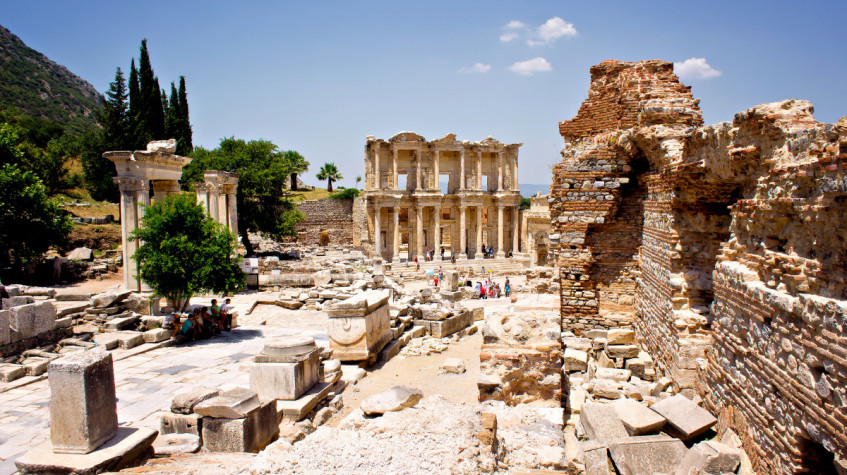 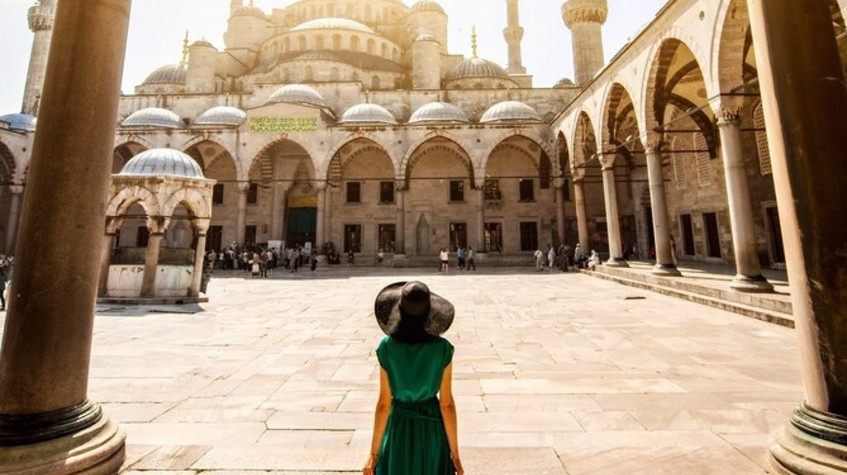 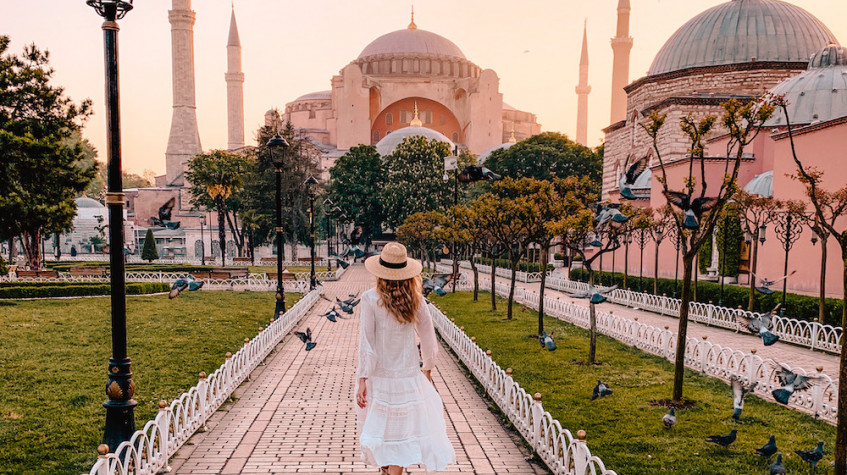 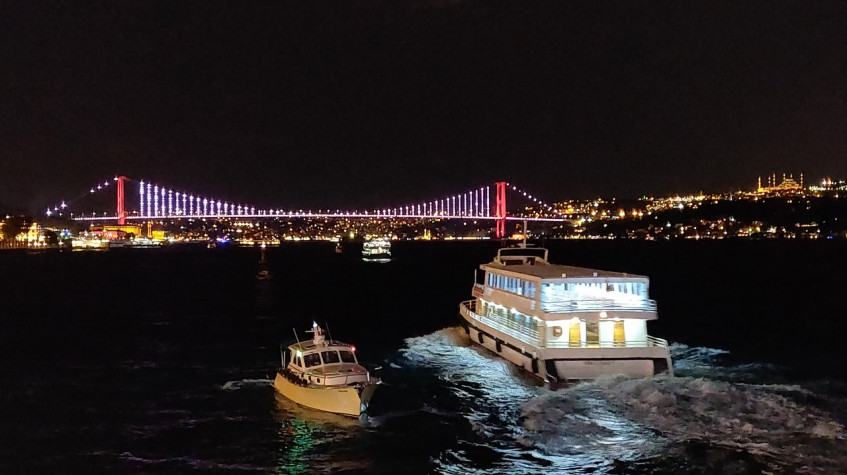 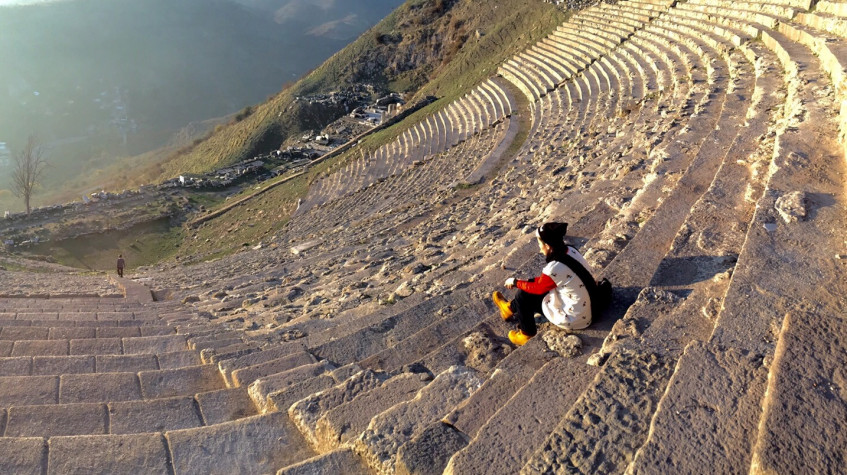 Welcome to our All-Inclusive Turkey Packages starting from Istanbul!

Turkey is the ultimate destination, with a host of different and exciting activities to keep you fun, as well as a variety of cultures, histories, sights, and experiences to tantalize even the youngest traveler. The best All Inclusive tour program in Turkey. Enjoy first-class service and guided transportation through the historical and picturesque sites of Istanbul, walk around the battlefields of Gallipoli, the Trojan Horse of Troy, Pergamon on the other hand offers one of the Seven Churches of St John from the Bible before reaching the ancient city of Ephesus, see Traditional Turkish Village Sirince, the white calcium hot pools of Pamukkale, and underground cities of Cappadoccia and back to Istanbul by domestic flight ticket. This tour doesn’t require a bus journey any longer, only domestic flights ensure that your travel is relaxing and comfortable. Your hotel in Kusadasi is all-inclusive; food and soft drinks. An Ideal tour for those who want to relax in beautiful Turkey, travel through history by spectacular scenery.

Welcome to Turkey! Arrive in Istanbul. Transfer from the airport & check in to your hotel. You will be given your room key and the rest of the day is yours to explore the vibrant city. Overnight in Istanbul.

The city tour will start at the Old City after the delicious breakfast. Hippodrome is the main rota that was inscribed on the Unesco World Heritage List in 1985 and the living heritage of both Byzantines and Ottomans can be seen. Around Sultanahmet, The German Fountain -which was gifted by German Emperor Wilhelm II in 1898-, the Obelisk of Theodosius – nearly 3,500 years old, was brought to the Hippodrome by Theodosius from the Temple of Karnak about in 390- can be seen. Serpent Column -considered that it was at the Temple of Apollo in Delphi before- and the Column of Constantine that was brought from Apollon temple in Rome are other highlighted sites of the tour.

The next stop is the Blue Mosque (Sultanahmet Mosque). Its breathtaking design is the synthesis of 200-year-old of Ottoman mosque architecture with Byzantine church architecture. The mosque is reflecting majesty and grandeur concepts through its architectural features and its green, white Iznik tiles are fascinating with the blue ornaments of the dome.

Hagia Sophia Mosque which is referred to as the “8th Wonder of the World” is another amazing site that is more than 1,500 years old. The light creates a fascinating atmosphere while flowing inside from the dome windows, combining a colorful, mystic view when it reaches the mosaics on the wall. The lunch break will be around at 13:00 before shopping in Asıl Efendi where all kinds of authentic gifts can be found such as Turkish tastes, Turkish coffee, exotic spices, herbs, and handicrafts.

Please Note: Please do not forget to carry a headscarf with you for the visit to religious places such as Blue Mosque and Hagia Sophia Mosque.

At 08:00 we depart for Gallipoli to visit the battlefields. Two hours later we will give you 20 minutes to relax in a restaurant area. We arrive at Gallipoli around 12:00 am and we have a lunch break, relax a little bit and then depart for the battlefields. Start visiting the fields with Ariburnu Cemetery and Anzac Cove because these are the places where the war had started. Then Beach Cemetery, Shrapnel Valley and Plugges Plateau. After Gallipoli Tour depart for Troy. Visit the famous archeological and mythological site of Troy, home of the Trojan Horse and Helen of Troy. After the tour drive to your hotel. Overnight in Canakkale.

We depart at 08:30 We depart for a tour of the magnificent acropolis of Pergamon. Its impressive temples and library made it a renowned cultural and political center at that time. Bergamon is a famous city for its jewelry, stones, and silver. So on the way, we will visit a jewelry center for 30 minutes. Arrive at Kusadasi around 18:00 pm. Your hotel in Kusadasi is all-inclusive, food and soft drinks. Overnight in Kusadasi.

After breakfast at 09:30 am Departure from hotel fully guided tour of Ephesus. Ephesus is a 9000 years old city that houses the biggest temple dedicated to Artemis is The Artemision which is considered to be one of the Seven Wonders of the ancient world. This guided tour will focus the Curetes street, famous Roman baths, Celsus Library, Grand theatre. Lunch break around 13:00. The next visit will be to one of the oldest handicrafts of Turkey; a carpet weaving center. By leaving the colorful, handmade carpets behind we will move to Isa Bey Mosque in Seljuk that is reflecting all the features of Turkish architecture in the Anatolian Principalities period with its asymmetrical structure and Seljuk tiles decorated domes. In addition, it bears the imprint of the Umayyad mosque which is also known as one of the largest and oldest mosques around the earth in Damascus. According to the belief, The seven Sleepers who are the first Christians in Ephesus and running from Emperor Decius have visited here. This tour will end at approximately 17.00 and you will be returned back to your hotel. Your hotel in Kusadasi is all-inclusive, food and soft drinks. Overnight in Kusadasi.

After breakfast at 09:30 am Turkish Village Tour. Kusadası is a great place to visit because of its numerous historical and natural treasures. After a good breakfast, Sirince will be on the target. It is an old-style, well-preserved Greek village that has a fantastic reputation for making some of the best wines in Turkey - especially fruit wines. In Sirince we will visit the vineyards and learn to make fruit wine with Turkish winemakers plus there will be Turkish coffee and Turkish Delight tasting breaks. On the way, we will visit one of the famous leather production centers of the region, where you will have the opportunity to buy leather goods at good rates. This tour will end at approximately 16.30 and you will be returned to your hotel. Your hotel in Kusadasi is all-inclusive. Overnight in Kusadasi

Around 8:00, after breakfast, the tour will move to the world-famous marvel of calcite travertines to Pamukkale. Before walking or swimming in Pamukkale’s travertine pools we will have a lunch break around 13:30. Walking around white calcium terraces and the ruins of Hierapolis, lying in the natural, hot springs waters will renew your body. The region at the same time has well-known textile products that and there will be an outlet shopping chance. At approximately 18.30 we will be on the way back.

Your hotel in Kusadasi is all-inclusive, food and soft drinks. Overnight in Kusadasi

Optional Tandem Paragliding: After Pamukkale Trip, we can advice you to join an Optional Pamukkale Paragliding tour that will be a memorable moment. Enjoy a flight over the stunning and extraordinary White Mountain and observe spectacular views over this unique area's attractions. Tandem Paragliding in Pamukkale is an ideal option that you can explore the perfect beauty of the natural scenery. This tour will end at approximately 17.30 and then you will be back at your thermal hotel so that you can enjoy the hot thermal pool.

After breakfast, we depart for Izmir airport for our domestic flight to Cappadocia. Transfer from Kayseri airport to your Cave hotel. The rest of the day is yours to explore Cappadocia. Dinner and overnight in Cappadocia. If you wish to join our optional activity of Ballooning for tomorrow, please contact your guide and register because it will take place early the next morning. Overnight in Cappadocia.

Please Note: If you wish to join our optional activity of Cappadocia Hot Air Ballooning for tomorrow, please contact your guide and register because it will take place early the next morning.

After breakfast at 09:30 depart for Cappadocia Tour. We will drive you to Ozkonak Underground City, one of the best preserved Underground cities in Cappadocia. After Underground City tour, you visit Goreme Open Air Museum, the Heart of Cappadocia. Goreme Open Air Museum is famous for frescoes dating to 10th century describing the life of Jesus Christ and monks. Next stop is Cavusin, which is an abandoned village with old cave Greek houses. After Cavusin you go to the restaurant in Avanos to have lunch. After lunch, you visit a pottery work shop, to see how to make potteries. Then you go to Love Valley. Love Valley Cappadocia is a hidden valley with scenic formations to say the least. Despite the resemblance to man hood, these amazing rock formations are far from man-made. Next stop is Devrent Valley, which is also called Imagination Valley, where you can see natural rock formations looking like animals. Last stop is Three Beauties, three beautiful fairy chimneys with their hats, which is the symbol of Cappadocia. This tour will end approximately at 18.00 and you will be returned back to your hotel. Overnight in Cappadocia.

After breakfast, you will have free time in Cappadocia. Today we depart for Cappadocia Airport for our domestic flight to Istanbul and then back to home. We hope your tour was a memorable one and we would like to see you in the future on one of our tours again. Have a nice trip back home and thanks for choosing TravelShop Booking. 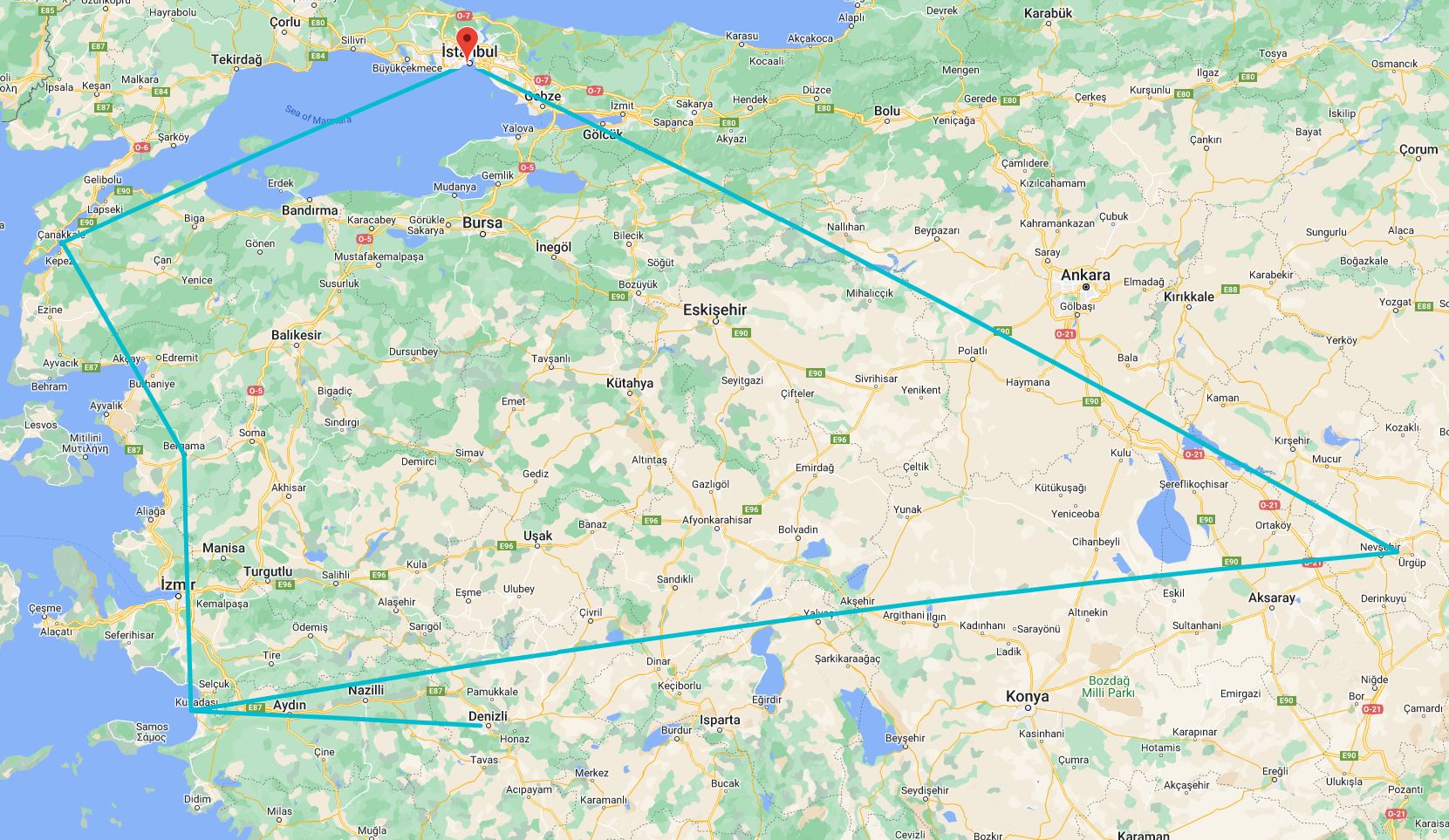 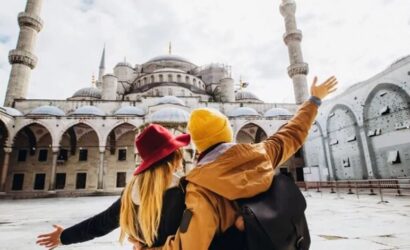